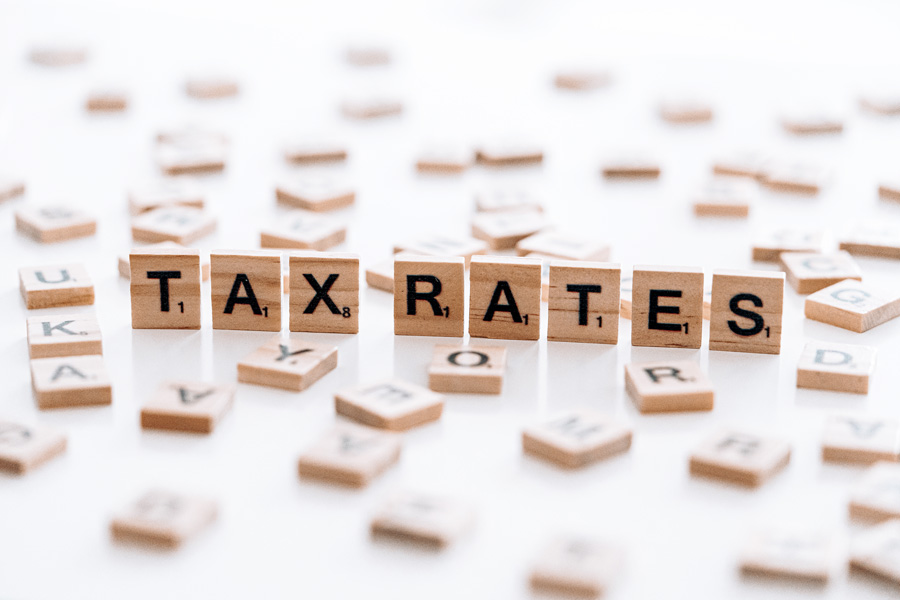 S Corporation (S Corp) tax rates differ, depending on the particular tax involved. An S Corp.may be subject to more than one kind of tax and, since the U.S. tax system is not a flat tax system, an S Corp can also be subject to more than one tax rate. There are also taxes and tax rates that an S Corp is expressly exempt from. Corporations in general, specifically C corporations (C Corp), do pay these taxes. S Corporations are expressly exempt from the following taxes:

All corporations are either C Corps or S Corps. C Corps are essentially taxed twice on their income while S Corp tax forms are for flow-through entities similar to partnerships.

An S Corp is a  special type of corporation that is able to choose how it is to be taxed. In other words, an S Corporation that wishes to be taxed as a PA C corporation may elect not to be taxed as a PA S Corp using the REV-976 tax return. This election must be signed by all shareholders and filed on or before the due date or extended due date of the RCT-101, Corporate Net Income Report. If the S Corp is taxed as a C Corp, it will be subject to the Corporate Net Income Tax in Philadelphia, as well as the above mentioned taxes.

Most corporations are taxed as C Corps. An S Corp is taxed in the same way as a partnership. Partnership taxation passes through the entity, flowing directly to the partners, or to the shareholders in the case of an S Corp.   Most C Corps are not subject to S Corp taxes, however, because the corporations are taxed differently. C Corps are subject to double taxation, in that the entity pays taxes on its income and its shareholders also pay taxes on dividends paid to them.   In contrast, S Corp are taxed only on the individual level when the income flows to the shareholders. If income from your S Corp passes through to you personally in this manner, that income will be subject to taxation on your personal state tax return, but the S Corp will pay no corporate income tax.

Some taxes that  S Corps previously paid as C Corps will no longer be imposed.   However,  S Corps are subject to other special taxes, which may or may not apply on the personal state tax level for Philadelphia. An S Corp, for example, is also subject to tax on:

Tax rates and Brackets in PA

Apart from taxing businesses on their income through a Corporate Income Tax or a Personal Income Tax, many states impose a separate franchise tax on the privilege of doing business within that state. Currently, the only (6) states that do not have a Corporate Income Tax  are Nevada, Ohio, South Dakota, Texas, & Wyoming, and Washington.  However, most of these states have a separate Franchise Tax on the business’s Gross Receipts. South Dakota and Wyoming are the only two states which have neither a corporate income tax or a franchise tax on corporate gross receipts.

Philadelphia has a corporate net income tax, but does not have a franchise or privilege tax for businesses incorporated or having their principal place of business in Philadelphia. The Corporate Income Tax is for traditional C Corps. Therefore, if your business itself is not a C Corp, it will not be subject to the Corporate Net Income Tax.

For tax years ending after December 31, 2005, a corporation that has made a valid Subchapter S election for federal income tax purposes will automatically also be considered a Philadelphia S Corporation. The income earned by the S Corp, instead of being taxed at the corporate net income tax rate, flows through to the personal income tax flat rate in Philadelphia. Shareholders include their pro rata share of income, deduction, and credits.

A Net Operating Loss (“NOL”) deduction is allowed for C Corps, with a 40% of taxable income ceiling on losses that can be deducted.

How a Tax Attorney can help

If you are a small business owner and have never filed taxes as an S corporation, let our tax attorneys help you to get it right the first time.

Don’t waste your time performing tasks that are uncomfortable, inefficient, and unproductive. Leave the complicated tax matters to us. We will calculate your PA taxes and work to achieve the minimum tax possible, given your situation and our tax planning acumen.

If you are like most small business owners, then the time has come for your company to file taxes as an S Corporation. This is not something that can easily be achieved on your own.  You need professional guidance from tax professionals who understand the intricacies of filing corporate income tax returns for S Corporations in Philadelphia.

We will provide you with all of the assistance necessary to ensure that your transition goes smoothly.  Additionally, we will also give you some hints on ways to avoid getting audited in future years.