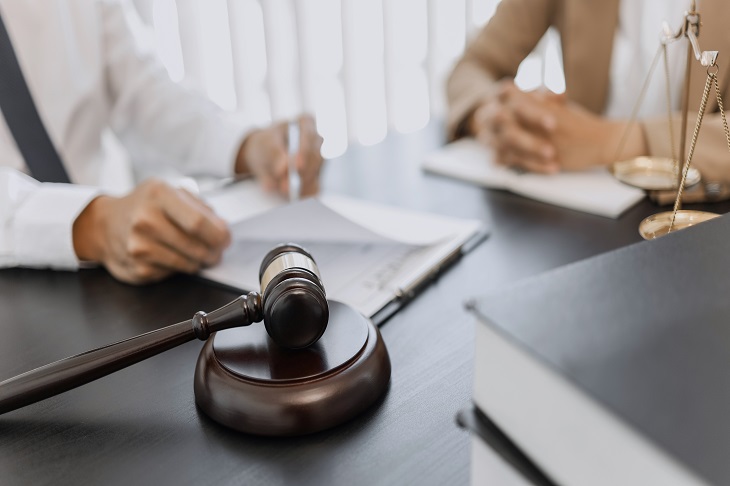 How Can a Criminal Attorney in Philadelphia Help to Fight for Justice?
A person can be convicted for a crime and sentenced to many years of jail. In the event, an attorney may analyze the case and see if, in the attorney’s opinion, the criminal case appears to have been properly handled or not. One of the ways it may have failed to be properly handled is where the case featured a heavier charge than it should have in the first place.

Because of this risk, you should retain a seasoned Philadelphia criminal attorney on your side who will defend you against any criminal charges, applying all of his or her skill and experience. A knowledgeable criminal lawyer will understand that after a call from a detective or an arrest, the situation can escalate rapidly and prove to be stressful and frightening for the individual under scrutiny and that individual’s family members as well.

Those who have been charged with a felony or misdemeanor or any criminal offense will have many questions regarding what will happen next. The first and most important of such questions is what critical decisions the charged party needs to take first. In Philadelphia, the clock toward trial starts ticking immediately after you have been charged with a crime. Hence, you will want to take steps to begin to prepare your defense as soon as possible.

The first step to take after being charged with a criminal offense is to hire a knowledgeable and capable Criminal Lawyer in Philadelphia who will handle the appropriate strategy for the person who has been arrested or has been charged with a misdemeanor, summary charges, or potential felony. As your advocate, a criminal attorney will help you to find solutions to your problems, answer all your queries, and also offer appropriate advice regarding your case.

An experienced attorney will provide you with an understanding of the charges against you and the potential results that can arise from those charges. The attorney will likely work with compassion that will help you to reduce your overall stress during this emotional time. Should things go against you, a good criminal attorney will also work to obtain the lowest possible sentence for you.

A lawyer on your side will begin to prepare to defend your case as soon as you approach him or her. A skilled lawyer will investigate your case and begin gathering all the necessary evidence and potential witnesses that can help to produce a not guilty verdict or help, if you are convicted, to reduce any sentence imposed.

A seasoned Philadelphia criminal Defense lawyer understands that criminal charges are one of the most serious things that can happen to an individual and will seek a prompt verdict or dismissal. Therefore, a knowledgeable criminal attorney will work to move the case in your favor.

Important factors that determine a sentence in a criminal charge

When a convicted person is undergoing sentencing, the judge is required to take certain mandatory factors into consideration. This requirement is to ensure that sentencing is roughly the same for individuals in this same factual situation. Most state legislatures and the U.S. Congress have adopted sentencing guidelines which a judge must keep in mind throughout the sentencing process. In action, these guidelines set out mandatory ranges of sentences which must be applied to any particular conviction. These ranges are in addition to any provisions for sentencing made in the law making the particular conduct criminal. The sentences that are given to a criminal must fit the sentencing guidelines, including applying any mitigating and aggravating factors, for the crime that accused individual has been convicted of committing.

One of the primary issues that defendants face is that they may charged with a more serious crime than that supported by the basic facts. Most conduct can be interpreted in more than one way in terms of the charges filed, and prosecutors possess and exercise a great deal of discretion in making such charges. This prosecutorial discretion means that even plea bargaining for a low-level offense is fraught with the potential for more serious charges which can impact the outcome of the negotiations. Because of this power of the prosecutor and his other ability to make the result harsher, it is critical to seek help from a well-known and skilled lawyer in Philadelphia.

When the court evaluates a recommendation for a particular punishment resulting from a plea bargain or following a conviction, it will consider three important aspects in a case.

Material Evidence
First of all, for every crime, , the sentence to be imposed is based on the facts of the underlying offense. Suppose, for example, the charge involved a murder case. That case will also have various kinds of evidence, some of whic may be very strong and some which has weaknesses that only an experienced criminal defense attorney in Philadelphia will be able to analyze and use to your advantage. Some of the important factors in determining a sentence are intent, the level of intent, premeditation, and a variety of mitigating and aggravating factors that must go into the court’s sentencing analysis.

In addition to these factors, a charge of racketeering or conspiracy can be use as an important factor that can increase punishment in cases where multiple parties are involved. If multiple individuals are involved in committing a crime or series of related crimes, then the punishment can be greatly enhanced. This can happen, for example, in drug trafficking or in organized crime scenarios where many people are involved. This system for racketeering and conspiracy charges arose, in part, out of the difficulty in charging and convicting those at the top of criminal enterprises.

Previous criminal history
Before giving any sentence, the court also consider the prior criminal history of the person who has been convicted of the crime. While some offenses carry mandatory minimum sentences, such as, for example, when a person is involved in driving under the influence, even with those minimums, the individual’s past history with similar charges, will affect the point in the sentencing range where a convicted individual’s sentence will fall. In such cases, an experienced criminal defense attorney in Philadelphia will be beneficial in arguing the impact of the mitigating and aggravating factors on your particular case.

A threat to the community
One of the most vital factors to be considered in imposing a sentence in serious crimes will be whether the convicted person will continue to pose any continuing threat to the community. This factor is essential in certain cases such as sex offenses committed against children, or in cases where the person has been charged with more than one murder or has a prior history of criminal activity. Those with a high likelihood of re-offending or with an extensive history of similar misconduct may expect, even with the help of a skilled defense attorney, to receive a harsher sentence.

There are many career criminals imprisoned in Philadelphia penitentiaries who have have engaged in many criminal offenses. These types of people are likely to land in jail for many years.

Strict Liability Crime
A strict liability crime refers to a crime that has been categorized as criminal act without regard to the intentions of the person while he or she was committing a crime. In such situations, even those who had no criminal intentions while engaging the wrongful conduct can still be charged with a crime. because of the importance of the sentencing recommendations in such cases, working with the best available attorney is essential to your case.
Some of the crimes that come under the strict liability rubric are statutory rape, selling alcohol to a minor or underage person, traffic offenses, and other similar crimes. An attorney can represent your case in court, can present arguments and can argue possible defenses or mitigating factors. However, intent itself is seldom a factor in a strict liability offense since the act itself is the crime. In other words, for example, one possesses illegal drugs or one does not. In a simple possession charge, the individual’s intent to possess the drugs is not relevant to a determination of guilt.

How A Philadelphia Criminal Attorney Can Help You

If you’ve been charged with a crime, you absolutely need a criminal lawyer. This person will represent you at your trial and advise you throughout the charging, trying, and sentencing process. Conviction of a crime of any magnitude can have long-lasting repercussions on your future. To reduce your chances of conviction, it is critical to hire an experienced and knowledgeable attorney who is respected in the field.

A Philadelphia Criminal Attorney can protect your rights by handling your defense during plea bargaining and trial. He or she can also assist you in negotiating your plea with the prosecutor and provide representation throughout the entire process. Contact Premier Legal Solutions, PLLC today!